Enter your City name or Pincode

Eluru is a small city located in East Godavari district of Andhra Pradesh. Despite being a small city, Eluru offers various tourist destinations to its visitors. Various religious places, parks, natural attractions and monuments makes the tourism of the city outstanding and extraordinary. Some of the most significant tourist attractions of the city are mentioned here.

Several religious destinations are located in the vicinity of Eluru. Some of them are in the form of small temples and mosques, while others enjoy the priviledge of being large and favourite of everybody. 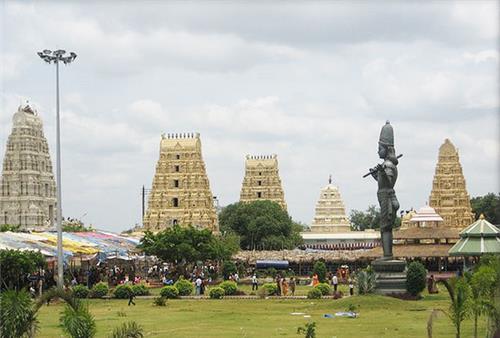 People of Eluru are very religious and Dwaraka Tirumala is another example of their devotion towards God. The temple is located at a distance of about 40 Km from the city of Eluru and attracts a huge number of devotees every year on a regular basis. The temple is dedicated to  Lord Venkateswara, who is also known as Chinna Tirupati.

Situated on the premises of R. Silvio Pasquali Memorial Convent at Duggirala, Holy Land Replica is the first Holy Land (Mini Jerusalem) of Andhra Pradesh and second Holy Land of India. It is a replica of Holy Land of Israel and visited by various tourists and vacationers along with the locals on a regular basis.


Other Tourist Places in Eluru

Several other tourist destinations of the city include its parks, caves, lakes and other attractions. Here are the details of some of the most visited of them all:

Buddha Park is another major attraction of the town and not to be missed at any cost. The park is most famous for its  72ft-high statue of Buddha in Abhaya posture in the heart of the Gaja Vallivari Cheruvu tank. This tank is one of the oldest tanks of Eluru and was used as a drinking water source for elephants in ancient era.

Guntupalli Caves are also located at Kamavarapukota at a distance of about 40 Km from the city of Eluru. It has  two Buddhist caves. Additionally two vihara made up of brick, chaitya and a group of stupas are also situated here. It is also known as Guntupalli Group of Buddhist Monuments. 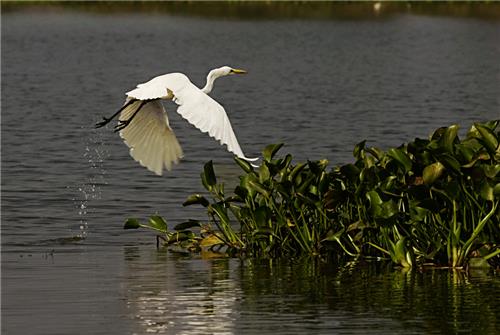 Located at a mere distance of about 15 Km from the city of Eluru, Kolleru Lake  is one of the most significant tourist destination for vacationers. It is one of the largest freshwater lakes of entire India and exhibits vibrant flora and fauna. The lake is also known as Pelican Paradise and lures migratory birds from Eastern Europe and Northern Asia. Usually these birds arrive here during the months of October to March. Almost 20,00,000 birds migrate in the above mentioned time period. 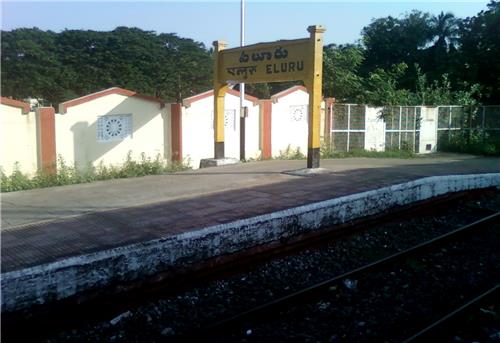 Transportation of a city is not only required for its tourism but for growth and development as well. A city's economy majorly depends on its transport system as good transportation results in good trade and business as well. Eluru has an excellent network of Road, Rail and Air Transport for its people and visitors.

Andhra Pradesh State Road Transport Corporation (APSRTC) is responsible for connecting the city of Eluru to rest of the state. Public and private, both kinds of bus operates in the city regularly. Main highway that passes through the city is NH5 and connects Chennai to Kolkata. Most famous destinations include Hyderabad and Bangalore as many buses run between Eluru and these two cities. The city has frequent buses from Tadepalligudem, Tanuku,  Narsapur, Palakollu,  Jangareddy gudem and Vijayawada.

Just like the bus network, the line connecting Chennai and Kolkata  (The broad gauge Visakhapatnam-Vijayawada section of the Howrah-Chennai main line) passes through Eluru. Many express and passenger trains are available. Bangalore, Delhi, Kolkata, Chennai and Hyderabad are among the most frequently visited places. Eluru Railway Station is among the biggest railway stations of West Gadawari district and is located between Visakhapatnam and Hyderabad.

Nearest airport to Eluru is located at Gannavaram (Vijayawada) at a distance of about 40 Km from the city. Only a few flights are available from there to reach at major cities of India including Bangalore, New Delhi, Hyderabad and Chennai. AirCosta, Jet Airways, Spicejet and Air India are the regular flight operators of this airport.

Are you a Business Owner?

Add the products or services you offer